To Test or Not to Test: COVID-19, India, and the Controversy about Testing (In)adequacy 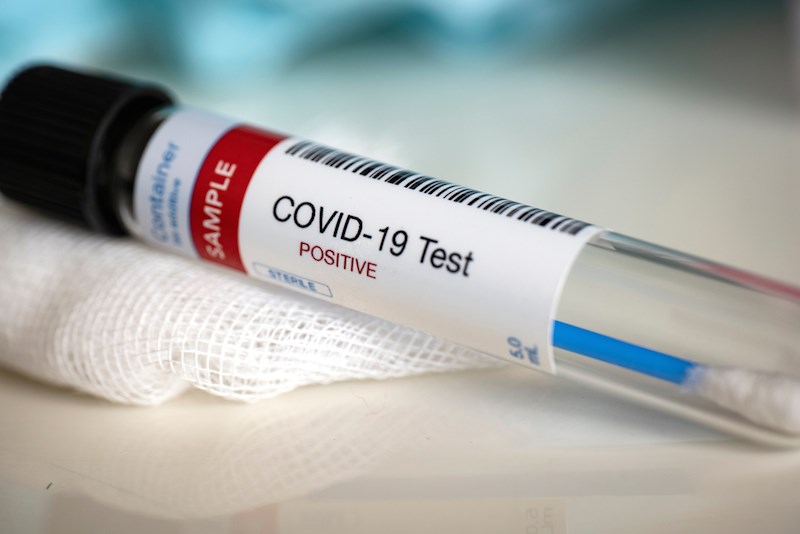 Jim O’Neill, a British economist, made a controversial and callous remark about India’s potential to handle a pandemic, “Thank God this didn’t start in somewhere like India, because there’s absolutely no way that the quality of Indian governance could move to react in the way that the Chinese have done.” That was on 11 March 2020. The typical colonial disdain that he showed towards India was condemned by many.

Much water has flown down both the Thames and Ganga rivers since then. The United Kingdom (UK) is experiencing one of worst outbreaks of COVID-19 with more than 1,71,000 cases and 26,000 deaths (2,500 cases and 380 deaths per million population) as on 30 April. The limits and capacity of NHS (National Health Service) are stretched in taking care of an ever-increasing number of cases. The UK Prime Minister, Boris Johnson, was also diagnosed with COVID-19 and required ICU care. Thankfully, the UK curve seems to have started flattening now and will hopefully settle down soon.

India, on the other hand, has a surprisingly low number of COVID-19 cases as compared to many other countries. As on 30 April, India has 34,800 cases with 1,150 deaths (25 cases and 0.8 deaths per million population). India may be behind the UK by about 2-3 weeks, considering the global course of the pandemic, but that does not still explain these low numbers. Three weeks ago, on 9 April, the UK had 65,000 cases with 9,600 deaths, which is much higher than the current numbers in India, without even considering the difference in the denominator population.

What is the reason for the low number of cases and deaths due to COVID-19 in India?

Is India fudging data? That is very unlikely, as the government has been quite transparent about diagnosed cases. There is a network of information flow, and each district is reporting the numbers of tests and cases every day. Even if we do not believe the case numbers, what about deaths? At a time when burial grounds and funeral homes are getting overwhelmed in European countries, crematoria and burial grounds in India are reporting a lower workload than even regular times. We can safely rule out underreporting and data fudging.

Are Indians immune to COVID-19? Is there some genetic protection? Such genetic protection is unlikely, as Indians within the UK seem to be significantly affected. The rates of COVID-19 complications and death are higher among peoples of Indian and African origin than among Caucasians in the UK.

Is the Indian summer helping? Though it was initially presumed that the novel coronavirus might not withstand heat and humidity, that hope went up in smoke when other warm countries like Singapore had the second wave of increasing COVID-19 infection.

Is the mandatory Bacillus Calmette–Guérin (BCG) vaccine helping Indians? That is difficult to say with certainty as of now. Besides, BCG vaccine, given at birth for protection against tuberculosis, provides just about 60% protection for extrapulmonary tuberculosis, for only about 15 years. There is no reason to believe that protection against other infections might continue well into adulthood.

Is there a protective role for vitamin D sufficiency? India is a tropical country with abundant sunlight. The hypothesis was that vitamin D sufficiency is protective, as Indians have exposure to sunlight, the natural source of vitamin D. In contrast, the populations in temperate countries have vitamin D deficiency. However, with increasing urbanization, more and more Indians spend time indoors both at home and in offices and vitamin D deficiency is quite common in India too.

Most of the above are examples of pareidolia, the human ability to see patterns and make shapes out of randomness. When did you last see a floating elephant in the clouds? What about that running deer on the moon?

The early and stringent nationwide lockdown imposed by the Government of India to control the transmission of COVID-19 may be responsible for most of the success that India is witnessing in controlling this pandemic, as shown in Figure 1. Though some unfortunate situations with migrant workers, along with religious and political events, have diluted the lockdown, it has been effective. At the end of 40 days of lockdown, India would have not only flattened the COVID-19 curve of cases and deaths but also saved an additional 30,000 productive lives, by avoiding traffic-related deaths alone. However, the argument of saving lives as opposed to saving livelihood continues. The lockdown cannot remain forever, and the country may see a graded relaxation shortly, with a possible surge in cases.

The last, and probably the most convincing argument regarding the low caseload in India is inadequate testing. India has tested upwards of 9,00,000 people for COVID-19 as on 30 April, but that is just about 650 tests per million population. It seems evident that India is reporting fewer cases because the testing is inadequate. Let’s assume for now that this is a valid argument.

To test or not to test?

Does this mean that India should test everyone for COVID-19? Consider this scenario. India decides to test everyone for COVID-19 and starts performing a million tests per day. How much time will it take to complete testing everyone? More than 3.5 years! With a population of 1.38 billion, it is not an easy task. With four times the population of the United States (US) and just one-sixteenth the per capita Gross Domestic Product (GDP), it is neither practical nor sensible for India to test this widely. Even if we somehow test everyone, the test only rules out infection at the time of sample collection. What if a person develops symptoms a few days after testing? They may need another test.

Despite a bulging population and limited resources, India has many achievements to its credit. India has eradicated smallpox and polio. India has successfully launched and completed missions to the moon and Mars, at a fraction of the cost that other countries do. The national elections conducted in India are one of the largest and most efficient in the world. If testing everyone is a cowboy approach (test-at-sight), India is deploying an ingenious strategy for handling COVID-19.

The smart approach involves testing only those who have symptoms, isolating and treating them. India started with focused testing of symptomatic travellers from affected countries. Then it began to expand the testing to their symptomatic primary and subsequently secondary contacts. Then it expanded the indications to test even SARI (severe acute respiratory illness) cases in the community without any contact or travel history. Meanwhile, aggressive contact tracing, testing, and isolation or quarantine of contacts, were also continued. Despite this focused testing in those who are likely to have COVID-19, only about 3.9% of the tests have turned positive as on 30 April. In the US and the UK, there are 17.1% and 19% positives respectively. Such a low positive rate debunks the argument that India may be inappropriately testing too little.

At this time, many hotspots have emerged in India, where the concentration of cases is relatively high, just as more and more districts are reporting fewer cases. There have been no new cases in about 80 districts too. As can be expected, many of these hotspots are in urban areas. Locations with new cases are being converted into containment zones, with enhanced surveillance and testing, which is triggering the next round of contact tracing and isolation. Aggressive testing has started for mild respiratory illnesses (ILI, influenza-like illness) too in these containment zones.

The amount of groundwork required for contact tracing, testing, isolation, and follow-up is astronomical. But India has mobilized its human resources, the one resource that it has in abundance, at this time. We can safely say now that the elections and epidemics bring out the best in our system.

Indiscriminate testing of a large mass of our population is not just expensive, but also naive and disingenuous. Many rural and suburban general practitioners known to the author are reporting that the overall number of people approaching clinics due to respiratory infections has significantly reduced. Such low incidence of respiratory infections is probably due to school closure and the social distancing measures that most are following. It is also possible that the fear of isolation is making people with mild symptoms stay home. But don’t we expect them to go to a hospital if they have severe symptoms like breathing difficulty?

Focused testing, contact tracing, isolation, physical distancing and hand hygiene are cost-effective, pragmatic and meaningful for India, not random RT-PCR testing. India should be frugal with its resources, as we are yet unsure of how long this pandemic may continue.

India should take this opportunity to upgrade the facilities and skilled human resources in public hospitals. A well-equipped public laboratory for every district, attached to the district hospital that can perform sensitive tests not just for COVID-19, but also other endemic pathogens may secure the long-term health of India. Indigenous production of protective, diagnostic and therapeutic equipment may help India become self-sufficient in handling such public health emergencies.

So far, India has proved the likes of Jim O’Neill wrong. The current COVID-19 status of India is unlikely to be due to our genetics, weather, or some other natural or innate factor. It is mainly due to the timely proactive action by the government in initiating a national lockdown; strict implementation of restrictions by the local administrations; the resilience of public health foot soldiers involved in contact tracing, quarantine and isolation; a pragmatic and evolving testing strategy; and the discipline largely shown by the citizens of India in staying home and maintaining physical distancing, considering it to be a national service. Crediting an external factor, luck or just divine intervention for this is an injustice to the hard work and discipline shown by almost every Indian.

This article was originally published in STSforum (the website of Science, Technology and Security forum, Manipal Advanced Research Group, Manipal Academy of Higher Education) on 02/05/2020. Reproduced with permission.