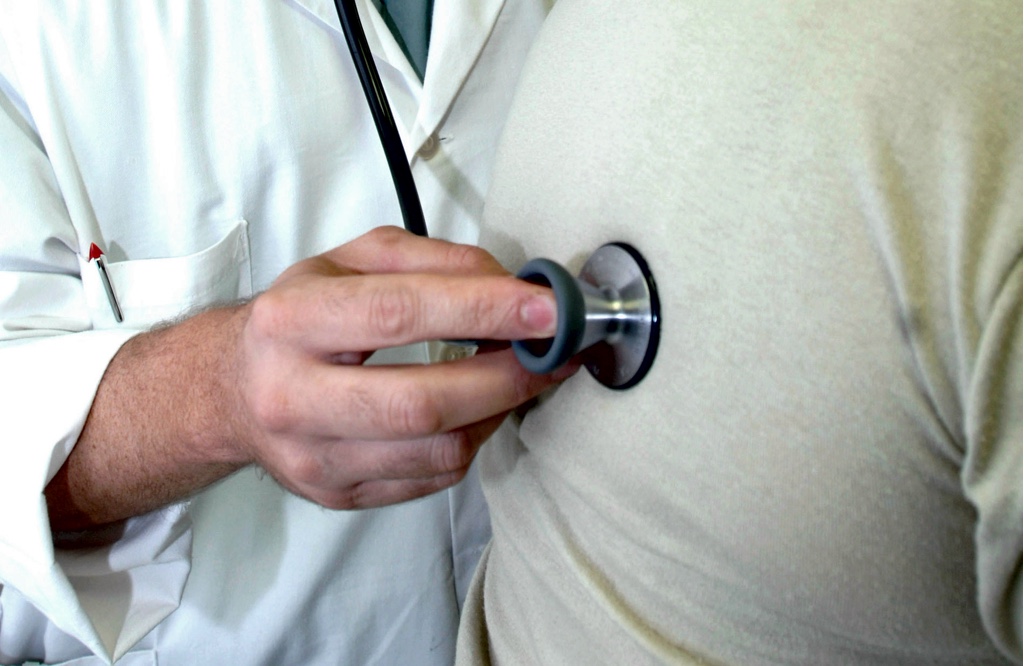 Auscultation of breath sounds is one of the most essential and useful clinical techniques for evaluating a patient’s respiratory pathology. You will find the description of various respiratory auscultation findings with audio examples in this article.

Please explore all the audio examples included in this page. Please use headphones for a stethoscope-like experience.

I have used a Littmann 3200 electronic stethoscope for recording most of the breath sounds.

Let us start by looking at some requirements for effective auscultation:

While performing auscultation, we need to answer THREE simple questions:

How are the breath sounds produced?
Breath sounds are produced in the major airways – trachea and major bronchi.

It is a common misconception that these alveoli produce these sounds. But they do not. The velocity of air in the alveoli is not significant enough to create turbulence and audible sounds on auscultation.

What is the character of the produced breath sound?
You will know if you have auscultated at the trachea. It is most certainly bronchial breath sound. But aren’t we told that the ‘normal’ breath sound is vesicular? Yes, we are.

Now, here is the explanation –

The bronchial breath sounds produced at the major airways have to travel all across the tissues (through the air in the bronchi, bronchioles, alveolar walls, etc.) to reach the body surface from where we auscultate them.

While they are conducting through these tissues, some (high) frequencies of sound are absorbed (attenuated) and the character of the sound changes. We call this changed (attenuated) sound – vesicular breath sound.

If you remember this basic concept, we shall discuss the genesis of abnormal sounds in each condition in the subsequent sections of this article.

Vesicular breath sounds are similar in character to the rustling of dry leaves.

Laennec, the inventor of the stethoscope, coined the term vesicular breath sound. He named it so due to his belief that the air flowing through the alveoli produced these sounds. This term, however, is a misnomer, as we have discussed above.

Here are some common causes of absent or decreased breath sounds:

Vesicular breath sounds may also be softer if the patient is

Listen to the audio of a diminished vesicular breath sound above.

Listen to the audio of harsh vesicular breath sound above.

These are breath sounds of moderate intensity and pitch.

The inspiratory and expiratory sounds are equal in length.

They are best heard during auscultation

Listen to the audio of bronchovesicular breath sound:

Bronchial breath sounds are usually loud, high-pitched and sound close to the stethoscope.

If these sounds are heard anywhere other than over the manubrium, they indicate an abnormality (we can also hear these sounds over the trachea, but trachea is NOT a standard area for auscultation).

NOTE: The best way to recognise bronchial breathing while performing auscultation is to look for the hollow character of the sound. Then, confirm that it is indeed bronchial breathing by looking for the gap between inspiration and expiration, and the equality of these two phases of respiration.

Do not try to identify the bronchial sound by looking for the gap or equality of phases! You will spend a lot of time and also miss bronchial often. Look for the hollow character. You will rarely go wrong.

Crackles can be classified as,

Listen to the audio of crackles above.

They are produced when air flows through airways narrowed by secretions, foreign bodies, or obstructive lesions. The proportion of the respiratory cycle occupied by the wheeze roughly corresponds to the degree of airway obstruction.

Wheezes resemble the sound of a violin playing.

There are two types of wheezes:

Listen to the audio of wheezes above.

The presence of expiratory wheezing signifies that the patient’s peak expiratory flow rate is less than 50% of normal, and due to dynamic bronchoconstriction as in bronchial asthma.

Wheezing, heard during inspiration, most often signifies a more static bronchoconstriction usually caused by tumours, foreign bodies or fibrosis. These causes are especially likely if they are monophonic wheezes. Monophonic wheezes are generally sinister in their implication. They are usually heard when a single or a small number of bronchioles is/are compressed, typically seen in patients bronchogenic carcinoma.

The location on the chest where the wheezes are heard also hints at the cause. Generalized bronchoconstriction, as in asthma, results in wheezes audible in all respiratory areas, when it is also typically polyphonic.

The term ‘rhonchi’ (singular – rhonchus) is also sometimes used as a synonym for wheezes. But they also have a different description, as below.

Rhonchi are low pitched, continuous sounds that are similar to wheezes. They usually imply obstruction of a slightly larger airway by secretions. They are often also described as the “coarse rattling sound somewhat like snoring, usually caused by secretion in bronchial airways”. Rhonchi is the plural form of the singular word ‘rhonchus’.

However, we also use this term as a synonym for wheezes.

Squawks are short inspiratory wheezes. They are almost always associated with crackles. These are brief “squeaky” sounds that are also sometimes referred to as squeaks.

Rales is an obsolete term, used as a synonym for crackles, especially coarse crackles. We pronounce it as ‘raahls’.

Stridor is a noisy inspiratory sound heard loudest over the trachea during inspiration. This sound is indicative of an obstructed trachea or larynx and is, therefore, a medical emergency that demands immediate attention.

Pleural rubs are creaking sounds produced when the pleural surfaces are inflamed or roughened and rub against each other. Friction between the two pleural surfaces produces this sound. They may be discontinuous or continuous sounds. They can usually be localised to a particular place on the chest wall and heard during both the inspiratory and expiratory phases.

The patient is asked to speak a word, usually ’99’ to produce resonance.

NORMAL: As the vocal sound gets transmitted from the larynx down through the trachea, the bronchi, the alveoli and then to the chest wall, the sound becomes less distinct and much softer than when heard directly.

Bronchophony occurs over areas of the lung in which the alveoli are filled with fluid or replaced by solid tissue. It can be heard in consolidation due to pneumonia, collapse, or tumours. When bronchophony is present, the sound is very clear and loud.

Listen to the audio of bronchophony: Patient is telling ‘ninety-nine’ above.

Egophony (also aegophony) is an increased resonance of voice sounds heard when auscultating the lungs. This is often caused by the compressed lung tissue due to pleural effusion, or consolidation due to pulmonary infection (pneumonia) or a lung tumour.

While performing auscultation on the chest with a stethoscope, the patient is asked to say ‘e’. If we hear it like the sound of ‘a’, then the patient has egophony. The sound here assumes a ‘nasal quality’. To demonstrate this, try closing your nose with your fingers and then say ‘e’. You will hear ‘a’.
It is due to better transmission of high-frequency sounds across the abnormal tissues mentioned above, with lower frequencies being filtered out. It results in a high-pitched nasal or bleating quality in the affected person’s voice when auscultated over the affected area.

Listen to the audio of egophony: Patient is telling ‘eee’ above.

Note the bronchial breath sounds and end-inspiratory crackles in the recording:

Note the fine crackles heard in this recording from a patient with pulmonary oedema.

These sounds represent fluid in the alveoli.