Pandemic Roundup: Past, Present and Prospects 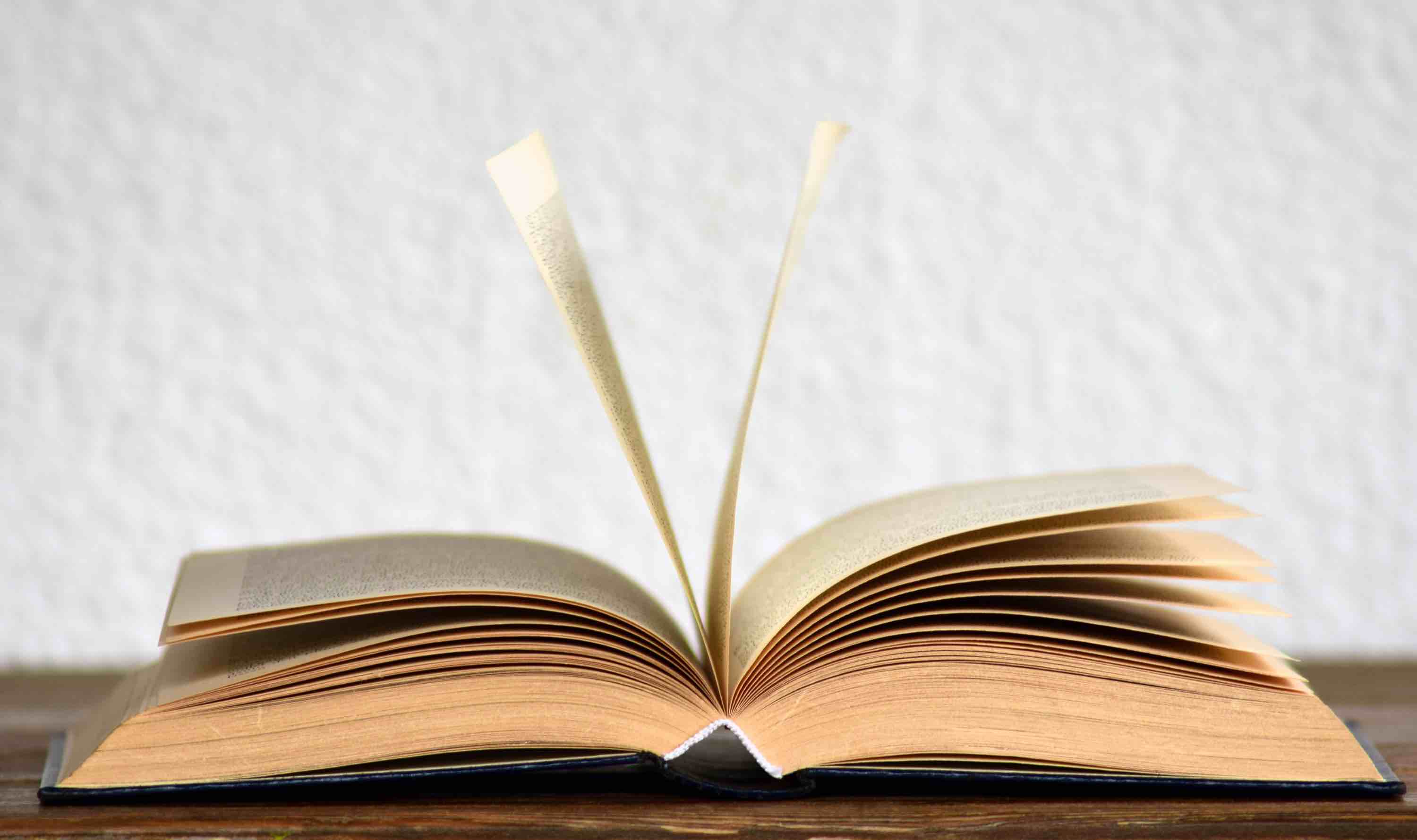 The COVID-19 pandemic is now more than two years old. It has changed the world in a previously unimaginable manner, and fast. We are all witnesses to that change and the new normal. Before looking at the prospects for the future, let’s take a quick look at the past and present.

Our ancestors have been on this planet for about six million years. The current modern humans evolved about 200,000 years ago, and the human civilization as we know is only about 6,000 years old. On the other hand, coronaviruses are believed to exist on our planet for more than 55 billion years, and there are dozens (if not hundreds) of types. For most of these million years of co-existence on earth, coronaviruses have not troubled humans as much as they are doing now.

Coronaviruses are a family of multiple viruses. Some of them infect humans, but most of them infect animals, especially bats, cattle and camels. SARS-CoV-2, the specific coronavirus responsible for COVID-19, is the “seventh” coronavirus that has infected humans so far. The first four human coronaviruses (HCoV types 229E, NL63, OC43, and HKU1) are responsible for about 15-30% of all common colds. The first of them was identified in 1965, though it was causing human illnesses much earlier than that. The fifth is the severe acute respiratory syndrome coronavirus (SARS-CoV) which was responsible for the SARS outbreak starting in China in 2003 resulting in about 8,000 cases and about 750 deaths in 26 countries. The case fatality rate was nearly 10%. There are no reported cases after 2004. The sixth is the Middle East respiratory syndrome coronavirus (MERS-CoV) responsible for the outbreak starting in Saudi Arabia in 2012, resulting in about 2,500 confirmed cases and about 850 deaths in 27 countries in 2012. Case fatality was very high at 34%. Sporadic MERS cases are still being detected in Saudi Arabia, with a death recorded as recently as January 2022.

Coronavirus infections were common even before 2019 and generally caused upper respiratory tract disease. These HCoV triggered asthma in children and adults and caused severe respiratory disease in the elderly. This was often not recognized as due to HCoV because diagnostic facilities were not widely available in many countries, including India. They were often simply labelled “viral infection” or “viral fever.”

SARS-CoV-2 was responsible for illness and deaths from November 2019 in China. However, large clusters were identified only in December 2019. As we all know, the World Health Organization (WHO) announced “COVID-19” as the name of this new disease in February 2020 and declared it a pandemic in March 2020.

Due to the highly connected nature of the modern world, this novel coronavirus spread with lightning speed and efficiency. The contagiousness of SARS-CoV-2 is much higher than any other coronavirus until now. As of mid-May 2022, there have been nearly 520 million confirmed COVID-19 cases with more than 6.2 million reported deaths. The case fatality rate of confirmed cases is about 1.2%.

Unlike other coronaviruses and other respiratory viruses, SARS-CoV-2 has been notorious for causing various complications during the severe phase and some possible complications even during asymptomatic and mild illnesses, not to mention long-COVID syndrome. As humans attempted to curtail the viral spread while researching medicines and vaccines against the virus, the virus has evolved too. We have seen multiple variants, including the infamous delta in mid-2021 and the relatively benign omicron in early 2022.

Vaccines were the silver lining and greatest hope during this period, and they haven’t disappointed. The world witnessed the swiftest-ever development of vaccines by the scientific community. Moreover, the COVID vaccination program in India has been one of the largest and most well organized in the world. With more than 1.9 billion doses given as of mid-May 2022, the vaccine coverage is very impressive.

Prospects: June 2022 and beyond

The emergence of the highly infective but less severe omicron variant raised hopes of the end of this pandemic. This is also a consequence of evolution – highly transmissible but milder variants are naturally selected for survival. A case in point is that of influenza; the highly virulent H5N1 variant has poor transmissibility and the relatively less severe H1N1 and H3N2 variants have higher transmissibility.

We must be aware that such natural evolution happens over a much longer time frame of decades and centuries. However, the extreme rapidity of the spread of SARS-CoV-2 and the influence of vaccines may hasten this process, hopefully, resulting in the natural selection of less severe variants within a few seasons.As of now, there are four possibilities of how this pandemic may pan out. This depends largely on future variants and sustained vaccination strategies.

1. The most likely scenario: COVID-19 may trouble us in the form of localized seasonal epidemics, much like influenza, and produce high impact infections and reinfections in many localities, especially in highly urbanized communities.

2. Next possible (and long-term) scenario: COVID-19 may become an endemic disease. It may remain less severe in most individuals and may start behaving like the four human coronaviruses with some minor differences.

3. Least likely scenario: The pandemic may continue for many more years, fueled by the emergence of newer more severe but highly infective variants. Huge geographical and socioeconomic variations in vaccination coverage at the global level may contribute to this possibility.

4. Extremely unlikely scenario: The possibility of COVID-19 being completely eradicated is extremely unlikely. This is because of the huge geographical extent of its spread, the presence of animal reservoirs and the impermanence of immunity against this virus.

Over the next decade, COVID-19 will continue to influence not only our health but every aspect of our life, including the economy, political stability, and world peace. We are already witnessing huge economic crises in many countries along with localized wars including Ukraine. Significant socioeconomic changes triggered by this pandemic may result in much bigger wars, financial instabilities, and political implosions in many countries, including China, in the next decade. However, if we closely analyze the way India has responded with political resolve and collective responsibility over the last 2 years, political instability and major wars are unlikely to affect India.

What do we need to do?

This pandemic is an opportunity, especially for India and other developing countries, to focus on healthcare and social delivery systems. Enhancements of infrastructure and skilled human resources in the government health sector, engagement with the private sector for cost-effective and accessible healthcare, investments in research and development in the medical field, and self-reliance on the raw materials required for medicines and vaccines are only some of the larger focus areas. Enhanced budgetary allocation to the health sector with appropriate utilization is necessary for promoting these focus areas. Political, economic, and healthcare assistance to the friendly neighbours of India to maintain peace and political stability in the South Asian region is also important.

In addition, governments should consider imposing pandemic appropriate behaviour including the use of masks, only during impending waves of infection. If such behaviour is always imposed, fatigue may set in, and people may disregard such useful precautions even at critical times.

At a personal level, every citizen should ensure responsible pandemic appropriate behaviour, especially in following the vaccination mandates, to avoid huge disruptions in daily life. Though vaccinations may not prevent infections and reinfections, we have seen that they are very effective in reducing severe diseases and deaths.

Whichever direction the COVID-19 pandemic takes, it will have a significant direct and indirect impact on our lives over the next decade. This is not the first pandemic and certainly not the last. The lessons learnt from this pandemic will be very useful in facing the pandemics of the future.